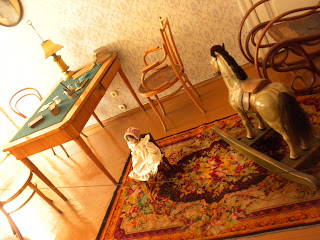 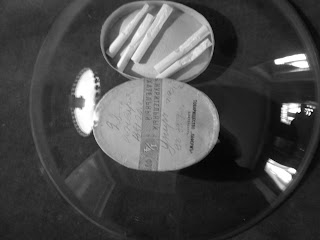 To visit St. Petersburg is to confront its monumental and almost undifferentiated architecture of grandeur. Whether neo-classical, baroque, art deco, or Stalinist, St. Petersburg's vast catalog of historic buildings--most in the process of being architecturally refurbished in some way--seem to resemble one another in their heaviness, height, and scales. And why not? The city was created out of thin air, and unlike Paris or Moscow or almost all other European cities had no centuries-long process of natural and therefore haphazard architectural evolution. Notwithstanding decades of relative decline vis-a-vis Moscow, St. Petersburg remains the imposing capital of its energetic founder, Peter the Great, and his immediate successors, especially Catherine the Great.

St. Petersburg--or at least its "historic heart"--is a city of palaces, governmental buildings, and elegant but intimidatingly large apartment buildings. It's also a city of bridges, canals, monuments, and the great Neva river. Having ironically lost its vitality in the wake of its own historical moment October Revolution, St. Petersburg has somehow evolved into a city of museums. The Hermitage, most famous of all Russian museums, and one of best museums the world has to offer, is the centerpiece of St. Petersburg's obsession with the past. The fabulous State Russian Museum, repository of so much of Russia's unique artistic heritage, is another of the city's most important historical treasures. But it's the smaller cultural museums--not Yusupov's Palace (magnificent site of Rasputin's legendary murder), not the Stroganov Palace (now a wing of the State Russian Museum), not the Menshikov Palace, and not Peterhof or Tsarskoe Selo (just two of the tsar's multiple Versailles-like retreats)--that ought to attract our attention.

At the risk of appearing too sentimental about an unsentimental town, St. Petersburg's greatest museums are perhaps its smallest ones, although one wonders whether cynical tourist authorities have invented a few of these museums to pray on the heightened emotional sensitivity that Russophiles must always feel when visiting the city of Pushkin, Gogol, and Dostoevsky. The Pushkin museum, for example, features five small pieces of wood that Pushkin allegedly collected from the gallows used to execute five friends who died as a result of their participation in the Decembrist Revolt against tsarist tyranny in 1825. Did someone make this up? It seems almost too moving to be true. And should one experience a sense of awe and wonder, or merely check for one's wallet, when one notices a box of cigarettes on Dostoyevsky's desk (at the writer's own museum) on which one of his children has written: "Papa died today..."?

St. Petersburg's many wonderful apartment museums are filled with similar touching if mawkish artifacts. Alexander Blok's museum, which takes up space on the second and fourth floor of a still-in-use apartment building, contains copies of some his earliest publications. Anna Akhmatova, patron saint of suffering in a town that has known more than its share of trauma, has her own museum, which prominently displays the coat of her second husband, who was taken away to die in the gulag, and calls attention to the hallway in which her son was forced to shelter due to the brutal facts of communal living. The museum reminds us that Akhmatova suffered through the beginning of the Siege of Leningrad, saw her son taken away to the gulag more than once, suffered from the Bolshevik execution of the man who had been her first husband, Gumilyov, in 1921. Most affectingly, Akhmatova's museum presents us with her famous letter to Stalin, in which she implores him to release her son from imprisonment, as well as the newspaper articles that viciously and officially denounced her writing following World War II. Of course, the heart of St. Petersburg's literary nostalgia industry is Pushkin House. Here one can see a hundred artifacts and photos of Tolstoy, Turgenev, Nekrasov, Belinsky, and all of the other great figures of Russian cultural achievement.