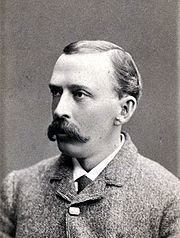 I never responded to Fur Coat's rash ruminations on the genre of travel writing. To me the only good reason for reading books is to expand the horizon of experience. Some people say the only justification is pleasure, or that there is a relationship between literary style and goodness tout court. Both are partly true. But I value experience most, and travel writing produces a kind of virtual geographic mobility parallel to what history does on the temporal axis.

By contrast, true crime, a genre my esteemed colleague loves, strikes me as pure repetition-compulsion. A great example is James Ellroy's My Dark Places, which Fur recommended in an earlier post. The details of Ellroy's mother's murder are repeated in masochistic detail a ludicrous number of times. Not only is this psychological stasis unhealthy, it is ultimately boring, and that's the worst crime of all.

If you want a real horror story, try George Kennan's Siberia and the Exile System. Kennan--cousin to the famous Cold War diplomat--was one of these 19th century travelers who tried to be both a gentleman and a tough guy. He weathers sleeplessness, cold weather, and bad food with his iron constitution, and manipulates dim provincial officials with his wit. His description of a mule carrying him down a sharply graded slope toward the Altai is unforgettable. But his aim was not just to survive a harsh environment (like another classic of the genre, Wilfred Thesiger's Arabian Sands) but to investigate the Siberian prison system. What he finds is so appalling, both in terms of prison conditions and inmates' degree of guilt, that it challenges the novelty of the Gulag. Kennan brings us the thick stench of those cold, crowded places, the constrained fury and resentment of the inmates, and the overwhelming beauty and desolation of the landscape. All without leaving your La-Z-Boy.
Posted by Lord of the Minions